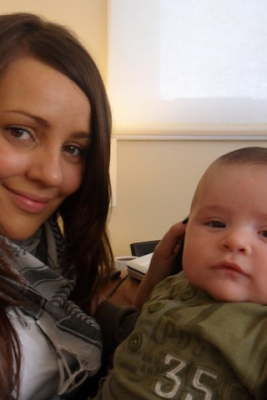 Well where to start?

More anxiety I'm afraid. I have had 2 strange episodes where anxiety has hit me in new ways. I thought after 10 years I had experienced every kind of anxiety my body would ever create, but i was given fresh new symptoms.

Sometimes I a wary of what I write on here because i don't want to influence anyone. I know that when i was living a very nervous life i would find myself worrying i had problems other people had. I never did have i learned to get over that but i hope no one over thinks my new issue and creates it in their own lives. Then only reason i share it now is for those who have had it before or are having it already and can possibly relate and realise they are not alone.

Ok the first one was the strangest. It was a Sunday night and I was enjoying a yummy pizza. I was really hungry and really loving every bite when suddenly i felt a bit anxious and had a thought. 'I cant swallow this'. I ignored it and kept on eating but in my head i had a feeling i really couldn't swallow my food. I had a feeling that i might choke. Every bit i tried to swallow would result in my heart pounding rapidly. It was very bizarre but it worried me and so i got a bit flustered. I chewed my food more than ever before to make swallowing even easier. I was chewing so much it was basically mush, but yet i still had problems swallowing. A couple of times the food actually stuck in my throat and i had to cough it back up. It wasn't nice and it really really bothered me. What bothered me most was that in the end, although i was still hungry, i didn't finish my meal.

Now this was a new problem i did not need and did not want. I have enough crap to be dealing with without adding to the list. So i made sure over the next few days that i didn't avoid eating anything. A couple of times i thought about something i might want to eat and then would catch myself saying 'no that will be too hard to swallow'. As soon as i had that thought i would make sure i ate whatever it was and not cop out. I used distraction methods again and when i was eating i would read a magazine or something so i wasn't so fixated on the swallowing. I'm not even sure if this is a good description but that's how it was. Thankfully it hasn't happened again and I'm back to eating and not stressing myself out.

Honestly anxiety is crazy and bloody frustrating. I know this is due to my guilt at the moment. I have spoken in previous posts about Nathan and how I'm so determined i can be a 'normal' mum. Unfortunately even though I'm doing everything with him i am still riddled with guilt and wanting to do so much more. He isn't even caring of course. Hes happy in his wee chair sitting staring at whatever has caught his attention, or babbling or sleeping. He is blissfully unaware. And yet I'm sitting thinking 'we should be swimming, or at a safari park, or a park' I give myself such a hard time...but I'm working on it.

The next anxious episode was in bed one night. Sitting in bed on my laptop i think and i felt extremely dizzy. Even sitting there very still i just felt really out of sorts and unsteady. I NEVER ask anyone for help anymore. I don't know if it is because i want to be completely independent or because i feel that when i ask for help i am actually saying 'ok I'm not coping with this to help me' and if i admit I'm not coping i feel more anxious. Anyway, this time i sent Gerry a text and had to tell him i wasn't feeling well. I just needed to let him know in case i needed him to leave work and come and help me. I felt very sick and when i tried to stand up and walk to the kitchen i felt i literally couldn't walk in a straight line. I had to bend over while i was walking to feel i was keeping balance. I spoke to someone else who has had this and she explained it really well by saying 'its like trying to walk on a boat'. That's exactly what it felt like. It was hard to stay calm because i wasn't quite convinced it was even anxiety related but i got all my essentials round me like wet wipes, glass of water etc. Eventually i lay down and managed to fall asleep.

I should explain, since i haven't really mentioned this, but i am living alone. I am on my own with Nathan. I think most of you thought Gerry and i live together but for whatever reason, that hasn't happened. Although i see him quite a lot he has never actually stayed over night or helped with night feeds and so i know the lack of sleep will be adding to how i am feeling. Thankfully i have got Nathan into a fantastic routine. He goes to bed every night at 6.30/7.00 and happily goes to sleep without any fuss. He generally sleeps right through now till 7 in the morning although he may have a wee cry at some point he is easily settled. But it was not always like that! Yes it has been quite hard but its so rewarding and i feel really proud of myself. I am running the house single handed and it is always immaculate, Nathan is happy and content and I am very independent. I just wish i could relax and appreciate what i have a bit more. Meaning, how well i am coping. I want to be completely self sufficient. For example, last week i wired a plug and felt so happy with myself and tonight i unplumbed my washing machine and put it out to be collected (it broke) and i did that all by myself and that was no easy task. I know my body is going to feel like it was hit with a bus tomorrow cause that machine was damn heavy! I think ill plumb my new one in myself too, ill give anything a go.

Its just tough as it feels theres not enough hours in a day. Between keeping the house. Getting Nathan ready, me ready, shopping, paying bills, going walks, dinners, baths. I'm still not getting my head to focus on pushing my boundaries and it is bugging the hell out of me. I wish i could relax and give myself a bit of slack, But i think i know i am capable of travelling further and doing more outwith the house. And since I'm not doing it, its constantly in my head. And to me the solution to that problem is to just get out there and do it. But when?? Also Ive been sleep training Nathan this last week and I'm pretty exhausted because Ive been sleeping on the couch. Nathan sleeps in a cot in my bed room and he makes so many noises when hes sleeping i would never get a wink. And so Ive been on the couch to try and get a decent rest. I'm sleeping great but my backs taking a beating lol.

I feel i am rabbiting on now but hopefully i have put you in the picture. That is my life as it is at the moment. Busy busy. On top of this Ive been visiting friends as much as its only locally, spending time with my mum, had people over for dinner, and this weekend I'm going to have a party I can safely say i never spend a single day where i am on the couch doing nothing. I think its time to get my relaxation Cd's out at night and just totally chill. One thing i have realised is that i am a fighter and will NEVER lie down to any of this anxiety rubbish (touch wood) so far I'm still giving as good as I get