Telling your children you have agoraphobia 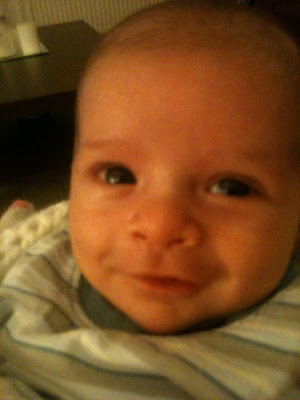 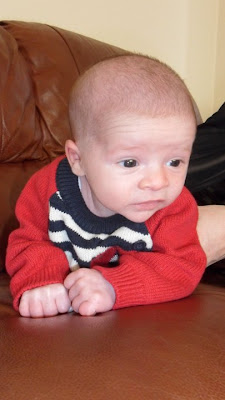 Hey very brief update. I am laptop-less at the moment. Mine was a bit passed it and kicked the bucket a couple of weeks ago. Time to purchase a new one but not really had a chance to have a good look for one.

Life is good. I am LOVING being a mummy. Nathan is amazing and i love him more everyday. It feels like only yesterday he was born but hes already into size 3-6 months clothes. Tomorrow we are going to our first baby massage class. I'm kind of nervous about going, as i would be with anything new like this, but i will go for him.

Which reminds me, I had to take him to the doctors for his 6 week check. I got really nervous leading up to it as it was the first time i had to take him to an appointment. I over thought it and was thinking about how i HAD to do this. If i missed this then i would miss other things. I thought about asking someone else to take him but refused to give into the nerves. I felt it was really important to start as i mean to go on and be there for my son. Plus i know the guilt would have made me feel worse than the anxiety of going would. Thankfully i took him. Nathan doesn't like the cold, and when the doctor put him on the cold scales to weigh him he went mental so i am glad i was there to soothe him.

The next day I had my own post natal check up. This time my mum watched Nathan and I went alone. I was a bit anxious again. In fact i have noticed i have been a little edgy lately but i put this down to lack of sleep. Not getting a good night sleep always affects my anxiety, so much so that in the past i obsessed over it a little. If i didn't get more than 5 hours i would talk myself into a panic. I'm over that now thankfully because these days i prob only get 2 hours sleep before i am woken up. Then another 2 hours...and that's about it. This then has a knock on effect. I'm exhausted and so by the time I have fed and clothed Nathan, got myself washed and dressed, cleaned and tidied the house, well I don't have time or energy for much else. And so i haven't been getting out and about as much as i would like. Still though I have made sure Nathan has never spent a full day indoors, for his benefit AND mine. For him, the fresh air, and for me - well i cant afford to stay indoors for days at a time cause who knows what affect this would have on me. I don't ever want to end up struggling to walk the length of myself again and so I'm aware that the battle with agoraphobia is ongoing.

The weather is awful, dull, grey and very depressing so this ain't helping. I have been out walking Nathan and wanted to push myself to walk further but I haven't really had the nerve. I always found I needed to be fresh, healthy and rested to really tackle my agoraphobia so i blame the lack of sleep for the fact i haven't pushed quite as hard. Although i am lucky in a way, since i gave birth and HAD to go to hospital, i know that I have it within myself to do things i never thought i would be able to. So when i find myself over thinking going out and doing things I tell myself to chill out.

My support worker, and many other people, told me that my anxiety would prob be much less once i had the baby. They said i would be too busy to be able to think about all that stuff. Well I don't agree really. Yeh im busy, i am UNBELIEVABLY busy! I get up around 6am and between house work, making bottles and seeing to Nathan, i really don't get a spare minute. But i still have time to think. I prob worry about going out a bit more and that's for one reason..Nathan.

I want to be there for everything possible. Ok i always said i might not be able to take him on holiday abroad for a while but i want to do everything else. Visiting relatives, going to the park, his first days at nursery, school. Nativity plays etc. I do what we all have in common. I worry about these things before they have even arrived. Its ridiculous really because Ive learned over and over again that we cant predict how we will be at certain times. In fact in the last few years I have dreaded so many things but been ok when i have eventually done them.

I guess i see many difficult obstacles in the future but i wouldn't change it for the world. Ill make all of those things and I hope Nathan will never even know about the agoraphobia. That's another point actually.. I want to protect Nathan but I also don't want to lie to him. There will be times that my anxiety is going to be an issue. Gerry will no doubt want to take Nathan to visit his family in Canada. Wont he wonder why mummy doesn't join them. I want Nathan to see me as a strong person and someone he can rely on. I grew up not knowing any of my parents problems and i suppose that's how i think it should be. Children should be allowed to have a childhood and not have to know about things like mental health until they are older. Aren't your parents meant to be strong, reliable and not have any weaknesses (at least in the eyes of a child). Am i being naive to think its possible to keep this from him until he is about 11 or 12? I know people with extreme agoraphobia have no choice but to tell their children whats wrong, I think the children would be very confused otherwise. But for someone like me, i can appear pretty 'normal'.

Ok i am off to make up more bottles and then head to bed. Hope you are all well and 2011 is being good to you so far. Ill be getting my new laptop in the next week and can keep in touch more often. x