I am sitting here crying after what i would say was a horrible ordeal. Ok, maybe 'ordeal' is a bit strong but i will describe it anyway.

My boyfriend appeared as i was having a lie down. All the walking i have been doing lately is making me tired as my body isnt used to it. So i was lying relaxing after a busy and in my opinion successful day out. He arrived and since it is raining suggested that we go out in the car instead. I havent been on a long car journey in years. I know that a lot of agoraphobics can handle car journeys, but not walk much. I seem to be the other way around. I am never in a car. Anyway i had told him that i am up for trying the car now, my confidence has been building lately and felt i was ready to take on the challange.

I tried to explain how it would work, i need someone to be patient and support me, even if it means driving up and down my street just to get used to it. Right from the word go he was angry with me, saying i didnt trust him, he was shouting and this was BEFORE we got in the car.

In the car he shouted at me through clenched teeth telling me i am not trying at all. 'You are a 27 year old girl, it is time to get your life back'. We drove. As he drove he shouted and screamed. I looked out of the window and cried. I got further than i expected but eventually told him to turn back. He drove me home and we made off on the journey again. Again i was ok.... but when reaching my limit told him to turn back. As i write this my head is pounding so im not totally sure what he was shouting about but mostly it was about how im not trying enough, he said i couldnt go back home as we had only been out for 5 minutes. He said i need to keep driving to that point untill it doesnt scare me, and then go further. I totally agree with this....but how can you do it when someone is screaming at you??

Third time we drove there again and when i asked him to turn back instead of go further he lost it. 'So much for ******* progress'. I asked him not to speak to me like a piece of s*** and he told me to stop acting like it.

He dropped me at my house and said he didnt want to come in and sit around with me. His parting words were 'Go on... run along and sit in your bedroom because thats all your life will ever come to'.

So im drained. I wont let that happen to me. I KNOW i am doing well, and even though tonight was horrible i still did good. I am angry that someone could be that way. Im sure its frustrating for him but i dont think thats any excuse. Don't let anyone ruin your successes. I dont think he realised how much damage he could have caused tonight. I could not associate being in a car with fear, being upset and someone shouting at me. Hardly makes me want to run out and do it again. But i wont let that happen. Next time i just wont be with him.

Uh Oh its me talking on video

I decided to make a different update post and this time use video. I just watched it back and i do look horrendous but who cares, we are all friends haha...Hope you can understand my accent. Enjoy x 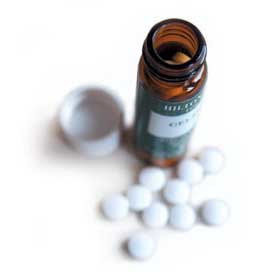 On Thursday i had my appointment with the Homeopathic Doctor to see if there is any remedy that may help my situation. It was an interesting hour spent answering the most unexpected questions. As well as the usual questions about my anxiety and agoraphobia i was also asked things like, what do i dream about, do i like animals, what colours do i like?

I now realise that homepathic medicine is prescribed to suit the individuals health AND personality. The women explained that my medicines would be completely different from any other agoraphobic as they are tailor made to suit my needs.

I have since then researched homepathic medicine online and it seems there are some fantastic stories from people who have found their remedies very helpful. I recieved my pills on Saturday with the instructions on how to take them. It is simple enough, i have to take 2 a week. Thats it.

The problem here is my negative thoughts working over time. The women told me i can only take 2 a week because they are so 'potent'. Ok so now the word 'potent' is stuck in my head. If the pills make me anxious, are they so 'potent' that i will be anxious the entire week. I know this is totally irrational but tell my brain that! I have been reassured constantly that their are no side affects from homeppathic remedies, yet my mind wont accept it. I have even recieved an email from the women saying...

No, you will not feel more anxious but should find gradually and subtly you become a little easier in yourself and 'lighter' about life. Take the remedies and just let go... leave them do the work... we will catch up in about 4 weeks to discuss and see the changes.

I am just terrible at taking pills. I know this is due to the terrible reaction i had to my medication when i was 19. I spent a week like a zombie, my eyes were popping out of my head and i was panicking all day. I know this wont happen now but the thoughts are there. Anyway i know i will take my remedy. I actually have a feeling they will do me good. Ok, so its not a cure but if i can feel a little 'lighter' about life then i am all for it. I will let you know how it goes.