One anxiety replaces another... Part 1 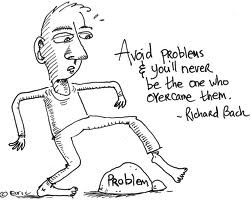 I am sitting here with my anxiety/panic attack kit.

Not much in it to be honest.  I have my phone, my laptop, a bottle of water and some wet wipes.  That's about it really.  I have just taken a couple of my beta blockers and I am all set to ride the waves of anxiety.

I am alone. And right now, that's the way I want it to be.  I can think relatively clearly and if someone was here having a conversation with me I would probably be quite irritable and snappy.

I wrote last time about my separation anxiety.  I had feared that by writing about it I would suddenly make the problem much more real, but at the end of the day, I knew the feelings I was experiencing needed to be addressed.

After the blog the anxieties continued whenever Nathan had any appointments or when he had to go somewhere out with my comfort zone (without me).

The stress this was causing me was unbelievable.  In my negative, anxiety riddled mind, I had made the situation much much bigger and scarier than it needed to be.  The outcome of the situation because of my messed up perception, was bleak to say the least.

Nathan was due to regularly attend his nursery in another town that I cant get to.  He was also due to attend several hospital appointments in the same town.  Me going to these places wasn't an option, and so I would need to face the separation anxiety on a regular basis.

My stress and anxieties all came to a head during this time and I felt ill.  Really really crappy! My head was firing all the unhelpful negative thoughts around all day.  The physical symptoms were constant.  Churning stomach, nausea, loss of appetite, the feelings of utter dread.  I was finding it hard to focus on day to day tasks. My head was like a sieve.  I was permanently nervous and jumpy.  Short tempered and never off the toilet!

I missed appointments, made excuses.   I avoided. He went to some and I would feel I done well that day, and then he would miss others and I would feel like the worlds worst and most selfish mum ever.

My poor mother, who takes Nathan to all his appointments in my place, she was worried sick.  She worries about me as her daughter, but also worries that I wont get a grip on this and her grandson will be left to suffer.

Don't get me wrong.  Nathans physical health is all perfect so its nothing too serious. But he needs his behavioural issues looked at so it doesn't affect him later in life.  For every missed appointment I was wracked with guilt.  Was I jeopardising my own sons future? As a mother, it is your natural instinct to put your child first, no matter how dreadful you feel.  So how come I was putting me first?  How come I was avoiding these appointments and choosing the easy option that day?   A day where I didn't need to feel the anxiety and the discomfort?

Had I faced the appointments I would have felt awful.  I would need to go through the anxieties I'm filled with when he is gone, but I would get through it and feel a sense of achievement that I had done the right thing. And that night, I would be relaxed and calm.  Instead I choose to avoid the situation, to dodge the unpleasant feelings I would go through.  And for an hour I might feel ok, but soon the guilt would kick in.  And then the thoughts..... 'If you don't face this now you never will.  If you don't address this problem it is never going to go away.  You are affecting your sons chance in life.  You are creating problems for your son.  What If he ends up being like you.  What if he ends up with these anxieties.  The nursery and the hospital are going to start looking at you.  You are not good for Nathan and so your probably going to lose him.  They will take him off you'  And then I would be a nervous wreck anyway.  No relaxing and calm night.... just a permanent state of discomfort and stress.

Broken sleep, weight loss, (or weight gain if your a comfort eater), more anxiety.  To be honest, as I read what I have written so far it doesn't paint an accurate description of the utter despair and hopelessness you feel at times like this.  Your whole day is dark, your how thought process is about that ONE issue.  Whatever the issue is, it is the cause of a multitude of mental and physical reactions.  You feel completely and utterly lost.

So I reached out and I got help.

I called my doctor and told the truth.  And although I was terrified that I sounded like an irrational nutcase I just had to be honest.  I needed someone professional to tell me I wasn't going to lose my son.  That's the size the issue had become in my head and I was a bit of a wreck for a week.

It was my doctor who changed the dosage of the beta blockers.  What I was taking was apparently just not enough.  Apparently I just needed 'a little help'.   My beta blockers basically stop some of the physical symptoms.  They keep your heart at a nice normal rate and you lose the feeling that its about to burst out of your chest.  The churning stomach disappears, the shakes, the dry mouth etc etc.  The thoughts are still there but your body doesn't physically react to them in the same way.  (Let me stress it doesn't take them away COMPLETELY, otherwise we would all be cured,  but it does take the edge off).  I was also referred to a mental health team for some support.

I should explain that I am at my happiest and most relaxed when I am at home with my son.  I don't really have time to be anxious as he is so demanding.

One day he was going out with his gran and he had only just left.... I was never THAT great when he went away with other people as my little buddy and security blanket was leaving me alone for a day.  It felt weird.  But he needs to live a normal life. So off he went.  But on this particular day, when he left, I had a huge panic attack.  And unlike the ones I had controlled in the past, I felt I couldn't get it to stop.  This was my mistake!  Had I waited just a little longer, the panic would have passed.  But I jumped and I ran.  I got my son from the bus stop before they had even left.  I was shaking like a leaf, I felt like the worst mother ever, but I didn't care.  I just needed those sensations to STOP! And when Nathan was in my arms, they did.  BAD DECISION.  That day I sowed a very nasty little seed.

My fear is that when Nathan leaves... in that first 10 minutes, I will suffer the mother of all panic attacks.  And the only way it will stop is if Nathan is with me. If he is out of my comfort zone, then I cant get to him to make the feelings stop.  If he is with someone else he wont be back QUICK enough to make the feelings stop... so ill be suffering the most horrendous feelings you can experience with nothing to make it go away.

Is that reality?  Is that REALLY what would happen?  No of course its not.  But it doesn't stop my head from thinking that way.  I hope I'm not losing the agoraphobic readers with the fact I've moved onto separation anxiety, but the reality is its all linked.  Its all about anxiety.  Its all about control and its all about how we think.  And so although my agoraphobia is still very present.... this is just my biggest issue at the moment.

I tried facing it!!! It didn't make it easier the next time. It didn't fix it! Results weren't quick enough and so I panicked even more.  Realistically this problem was gonna take time to beat and it couldn't disappear by facing one event.  But I would get through 1, 2 then cancel the 3rd.  Id manage the 4th then cancel the 5th and 6th.  It was never gonna work.  But there were days that I literally felt that I had no fight in me and I just couldn't do it!

I had about a week and a half with no nursery and no appointments.  Bliss!  I decided to relax and use that time to be calm.  Get my head together again.  Sleep lots, eat lots. Get myself back into a good place and be ready for it all starting again.

Monday this week arrived and BOOM there was the familiar anxious thoughts and feelings.  And all because I knew it was time to get back to reality and face life.  With 2 appointments and 2 days at nursery all on my first week of facing the problem, I knew I was in for a rough time.

So I am sitting here with my anxiety/panic attack kit.

Not much in it to be honest.  I have my phone, my laptop, a bottle of water and some wet wipes.  That's about it really.  I have just taken a couple of my beta blockers and I am all set to ride the waves of anxiety.